Real City Tours doesn’t do a Comuna13 tour. Hundreds of tour groups do that one but they are the only ones who do a Barrio Transformation Tour.

Tom had texted me wondering if I was going or not. Tom and I met on the Real City food tour which was just ok and I doubt I will write about it. I had my final appointment with Juan Carlos in the morning and was also checking out of the Charlee Hotel so I kind of gave up on the tour.

I finished with Juan and was mostly packed and ready to leave the hotel by 1:30pm and realized I couldn’t even check in at the new place until 3pm. Barrio Tour starts at 2pm. Why not? I texted Real City to say I was coming who doubted I could make it on time. I finished packing, dropped off my bags with the concierge and was in a taxi 8 minutes later. I found Tom at the Caribe Metro station and together we walked a long way in the wrong direction and then back again finally finding our tour guide leader and our group at 2pm.

It would be impossible to fully explain this tour. This tour and their El Centro tour were more similar to a masters lecture on Colombian history than any walking tour I have been on. Without a recording of the entire tour to make it real for the reader all I can do is my best on a couple of the stories.

To give some background, Real City Tours doesn’t just do tours, they are part of this Barrio and invest in it. From murals to buildings they take proceeds from the tour to help in the transformation and have been doing it for years. They have a more intimate relationship with this community than I would have believed. The tour was led by Pablo and he had with him a community outreach liaison. I can’t remember her actual title but that is close.

Years ago her mother started an ad-hoc kindergarten for any and all the kids in the Barrio which allowed their parents to go to work. Her efforts were instrumental in helping rebuild the community. Real City tours commissioned a mural of her mother and when a real kindergarten was built it was named after her. Today her daughter is taking up the lead role as the spokeswoman for the Barrio and works with the local governments to direct funds to where it is needed most. When the city was going to invest in street lamps and roads she fought against it and insisted that what they really needed was a community center. Today the community center is used constantly (except during Covid times) for learning, training, studying, arts etc. and is the center of the community. This was clearly one her biggest accomplishments.

Years before this new community center was built Real City Tours provided money for the construction of a small community center and with the help of students from a German Architecture school it was built. These students come every year and do a project. One year they built the center, the next they built concrete steps up to a previously difficult path to the homes up the hill.

I will sum up 6 hours of lectures on Medellin history: Medellin grew and it was ok. Then armed conflicts arose throughout the countryside. Many fled these areas and settled on the outskirts of Medellin and they came in waves over the course of decades of conflict. Houses were built, shacks were built, no plans were submitted, no planning was done. It was a mess. Medellin government leaders attempted to help and made some things worse and other things better. Pablo discussed it all.

The rain came hard and heavy for a few minutes and we sheltered under a roof overhang on a man’s porch. I stood next to the homes owner who sat in a folding chair. He was a large and serious man and though older I felt a strong desire to stay on his good side. Pablo spent the time talking about the delicate relationship between the government and this Barrio. The gruff large man then went into his house and brought out an enormous hand painted protest banner which was used in a protest earlier that day which said “Major of Medellin – Leave us Alone.” As the rain cleared and we walked on, Pablo told us he was the man who built the sewer system for the entire Barrio and unnecessarily told us that you don’t want to mess with him.

We ended the tour on the top of a hill. Many years ago the hill was actually a lagoon that had been filled in and then raised up by trash. This hill was the initial focus of the transformation with the plan to relocate all of the people who had built homes upon it though some remain to this day. The rain started again as we trekked to the top on concrete steps and arrived at a small shack. The patio was crowded with motorcycle police officers escaping the rain and intently playing games on their phones. Their green dual sport bikes stood parked exposed on the grass in front and across the level field was a large greenhouse filled with flowers, plants and succulents. I took a picture of the logo on one of their helmets but asked before I did. It was a good day.

Final note. Pablo told the story of COVID in the Barrio. As I, and many others predicted, COVID restrictions would impact the poor disproportionately and if actually implemented would kill many times more people than COVID ever could. While “good” liberals, who still bizarrely believe that their policies are compassionate, were at home collecting pay checks and telling everyone to stay at home, members of this Barrio were waving red flags from atop their trash hill to the cars below trying to tell the world that they were starving to death. Later the Barrio en masse revolted against the restrictions and saved themselves. Thank God. 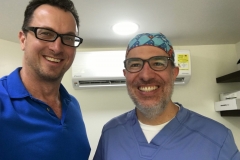 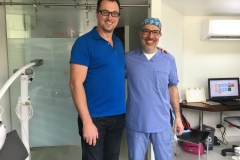 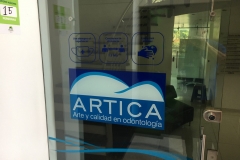 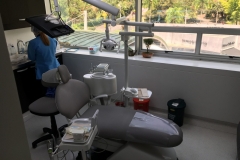 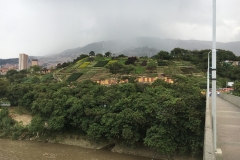 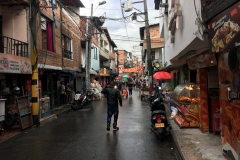 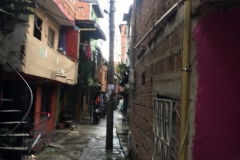 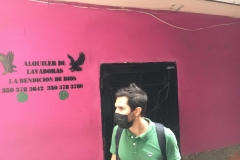 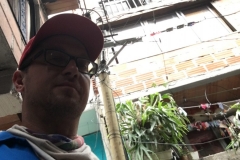 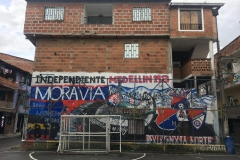 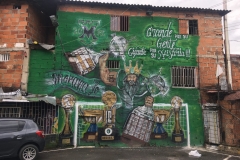 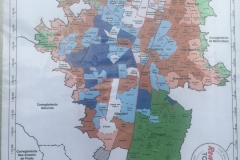 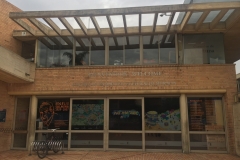 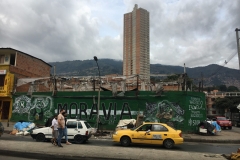 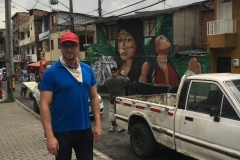 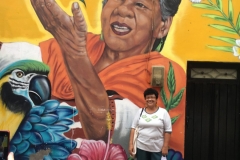 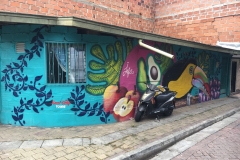 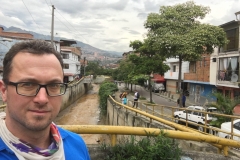 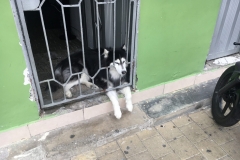 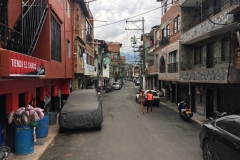 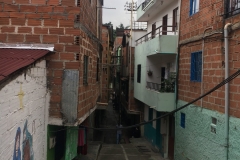 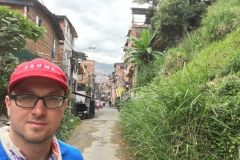 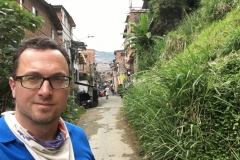