I woke up late and did nothing for a while. I was still grumpy with management at my new pad, Soul Lifestyle Hotel. Management’s latest email apologized for their staff, whom they promised would be dealt with, and a generous offer to clean my hotel room once – for free. All I had to do was ask for it. All that goodwill combined with yesterday’s peace offering of an extra roll of toilet paper had worn me out.

Basically Soul Lifestyle Hotel isn’t a hotel. I was misled by both their name and their stated marketing proclaiming that they have all the amenities of a hotel plus more… However, the day before I found myself begging for more toilet paper and I could see that the staff wanted to give it to me but weren’t sure if they were allowed to or not. I won’t go into the unpleasant issues that started the conflict but I was eventually given everything I wanted and they refunded me one night. Soul is a long term apartment rental that has a concierge desk.

I went up to the roof to check out the pool and ran into one of my favorite hotel staff members. I let him know that Soul’s management, the woman Ximena, was trying to blame the staff, basically him, for everything. I let him know that I had responded to management’s pathetic email appropriately by condemning her for trying to blame her own staff for her faults. I could tell he felt better as the on-site staff was doing their best given the impossibility of both following management’s strict rules while also making the guests stay comfortable and easy. So I asked him what should I do on my last day – he said El Tesoro Mall.

Not far away but basically straight uphill I did the 3/4 mile walk up to El Tesoro Mall. When I arrived it became clear no one walks to this mall. There is no front door, no sidewalks, just an entry for cars. Security waived me through a brief break in the queue of cars and I entered the parking lot, then up the stairs and escalators to the security lady for temperature check and a dollop of goo.

It was clearly an upscale mall and except for about half the storefront names it was the same as any mall in the US. I came for the food so I followed the signs to the upper floor food court which contained four fancy sit down restaurants. One restaurant had an open table next to a glass railing that provided an unobstructed view the city below. I sat there for whatever food they were serving.

Michael texted me the moment I sat down to say he was coming over to wherever I was to drop off the print I had bought during our Communa 13 walk. I had made him carry it that day and every day since and he wanted his responsibility to be over with. 10 minutes later he was there with the print. I ordered ribs which were good, too sweet of course but after two weeks in Medellin I knew that going in. I also had my favorite drink of the entire trip Limonada de Coco. Coconut lemanade. It was amazing and I want to learn how to make it.

We talked and then walked the mall. He went back to his place and I still had my last errand of finding some coffee to buy for all my coffee aficionados back home. I went to Carulla on Michael’s suggestion but they only had ground coffee. I wanted whole bean.

I gave up and went home.

For dinner I made the mistake of not going to either Carmen’s or Ocio’s for once and tried a new place, Panko. It was next door to Ocio’s but for some bizarre reason I went there instead.

I ordered the octopus on mashed potatoes. They had whipped the potatoes with a blender into a gelatinous goo. I had done this myself once thinking I was a genius to reuse my hand blender for something other than a shake. I found it doesn’t work. The texture and feel is all wrong. Three bites later I paid most of the bill and walked the 20 feet to where I should have gone in the first place. Ocio.

I ordered braised pork shank on mashed potatoes and it was delicious. My waiter, Julian, saw me enjoying the potatoes and mentioned the chef’s recommendation of pouring the provided gravy on the potatoes but I couldn’t bring myself to do it. They were so good without it. I tried to imagine a way of bringing some of it over to Panko’s chef so they could taste what mashed potatoes should be like but it would never have the outcome I wanted.

I was getting ready to leave when I saw their beautiful display case of coffee beans. Wood casing with glass doors and lit perfectly. It was a sign and I wanted them.

Julian opened the case and brought me one bag. Perfect. Whole beans, clearly not something you can get anywhere else except here and smelled wonderful. I was bracing myself for the price as he said they were expensive because they were made by the families impacted by armed conflicts.

Julian told me the price. I felt relieved and said I would take 10. He was clearly surprised. So I said, well, how about 15. He and another got to work emptying their display case of coffee and also two jars of honey from the top shelf for me. I bought all of their blood coffee beans, 10 bags, and bought 5 bags of Huila coffee which I had read about earlier in the day as being very fine coffee.

From the back of the Paz coffee bag.

This coffee has been cultivated and processed by hand in the municipality of Granada by families who are victims of the armed conflict in lands to which they have returned after being displaced. It is the result of the family effort of small coffee growers who find a livelihood in coffee, a way to reconnect with their territory, to rebuild their lives and their local economy. Urbania, in alliance with @tejpaz with the support of UNDP, supports them through the commercialization of their coffee and advice on the production of specialty coffees. This product symbolizes Peace, Forgiveness, Reconciliation and Hope. 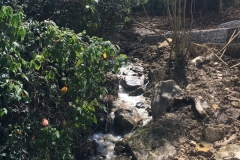 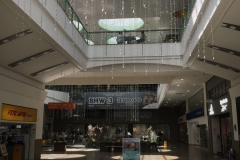 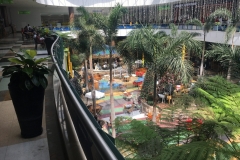 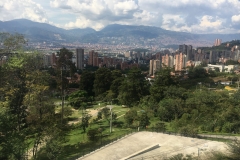 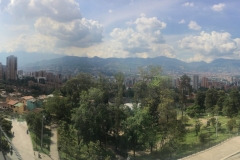 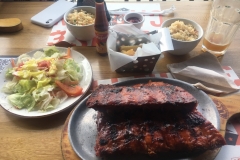 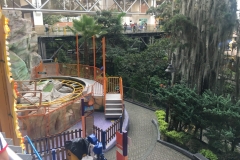 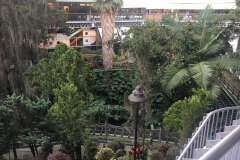 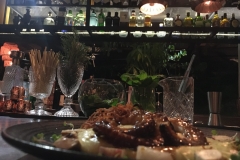 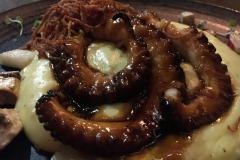 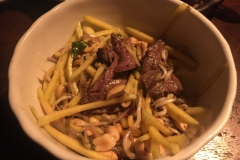 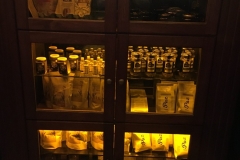 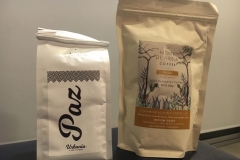